Get fresh music recommendations delivered to your inbox every Friday.

Summary of the First Half 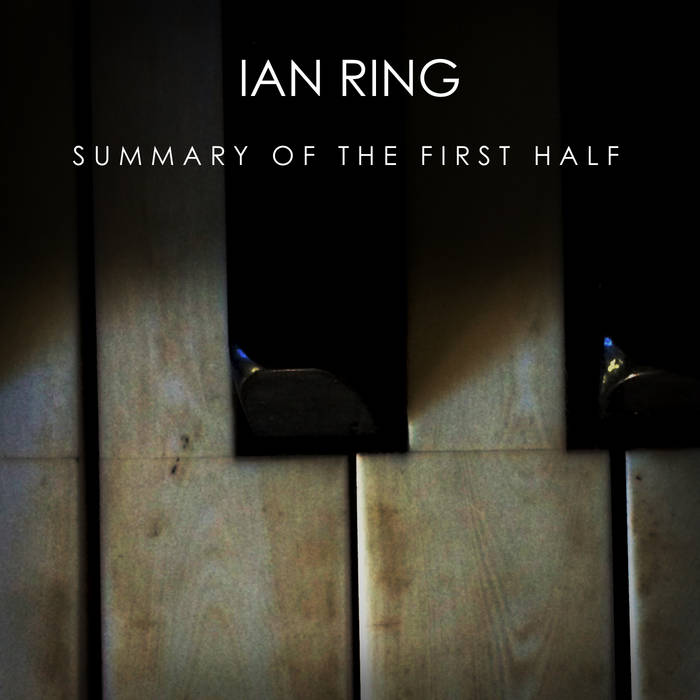 Donna Fung There's a story in each of these songs. Every note echoes with the sort of deliberate thoughtfulness and care that one comes to expect from a beekeeper, or raspberry picker. A surprising tenderness makes the entire album a delight to listen to. Great work. Favorite track: Elusory Moment.

The title of this album is a dry reference to entering "middle age", but for me the notion of life having a 1st half and 2nd half has a more poignant meaning. On Boxing Day 2012, I was 40 years old, and my heart stopped beating. Sudden cardiac arrest, with no warning. My wife Tracey noticed immediately and performed CPR, and after first responders reset me with a defibrillator, I enjoyed an involuntary stay at St Mary's Hospital for a slow recovery. Because of Tracey I got to flip the hourglass over for another heave at this mortal coil. The new chapter prescribed some drastic and permanent changes, mostly in healthy lifestyle habits. Afterwards, I would quip that the warrantee had expired on my "life version one" and that now I was running v2.0, and I still sometimes refer to the period prior to my death as "the first half".

My first half began with a solid musical education in classical piano, and plenty of performing opportunities as I picked up the saxophone in middle school; I played in school bands, stage bands, rock bands, alternative, goth, funk, new wave, dixie and jazz. On piano, I completed a University degree with its required recitals and concerts of Chopin and Bartók; afterwards I lent my fingers to jazz gigs and session work. And always, I had an enduring passion for composition.

Near the end of the first half, approaching 40, I realized that my musical adventures were poorly documented. In various moves and basement floods and reckless purgings I had misplaced a lot of my works from the previous four decades, and as my thirties tapered off I began the process of gathering and archiving all the work that I could find. Scores were buried in boxes, saved on old ZIP drives, scanned as JPGs on CD-Rs, stuck in binders... and many pieces only existed on old audio cassettes. I called on old friends, to seek copies of commissioned pieces and bits of music that I had used to fill the empty spaces on mixed tapes.

In total, from the entire first half, I have recovered less than 20 pieces of music. Only a few of them are for solo piano; many are weird recordings of music concrète of no redeeming merit. Several are multi-tracked improvisations that were never intended as classical piano repertoire; many are impossible compositions, assembled from tracks that no human performer could achieve simultaneously. In those years, I was not composing to create works that a real pianist could perform, I was just playing with notes and making cool sounds.

There are many pieces I know I composed because I remember their performances, but I have no copies of them, no recordings, and no evidence. Though I'm disappointed for allowing so much of my early musical output to be lost, it's not a tragic loss. I didn't emerge from childhood composing masterful works like a little precocious Mozart; most of the works I created as a young man were utter rubbish, and I'm thankful I don't have to answer for them today. The earliest work I have recovered is from approximately 1987, written when I was 15 - a simple study in ascending arpeggios, in a repeating progression. That puerile work, along with others that I'm not proud of, is not included in this collection.

As mentioned above, I refer to events as being in the "first half" when they occurred before my cardiac incident in December 2012. But musically, I am curating this collection including three works that are from 2012 or earlier, and the other five were all created in the period between 2013 and the first few months of 2015. I'll explain why.

In the spring of 2015, I realized that though I had made significant changes to my lifestyle, health and habits two years previously, I was still composing music for the same reasons, with the same approach, and with the same attitude. My output was individual pieces, inspired by random whims, shared without much regard for presentation or even playability. I was typically satisfied enough that I had made something that sounded nice, and I didn't care much that the recording sounded awful, the sheet music was sloppy, the piece was unrefined... I laid them down in GarageBand, uploaded them to Facebook for the enjoyment of my friends, and that was good enough.

Looking at the assembled and archived assembly of my life's work, I realized that these were not artifacts of enduring quality. I had the skill, the talent, the inspiration; what was missing was the awareness of legacy, and attention to quality. It was time for a complete shift.

So in the early summer of 2015 I decided it was time to "up my game" and take the craft of composition seriously. I discarded my old methods and started rebuilding my entire composing workflow with quality in mind. I invested in better recording equipment, better software, and took some courses in audio engineering. I learned professional techniques for typesetting sheet music, and studied the nuances of professional engraving. My website (ianring.com) had been a collection of quirky hand-drawn cartoons; I rebuilt it to look like a professional composer's website. I arranged a photo shoot and got some head shots. I did massive amounts of research into self-publishing, copyright, royalties, and the business of composing.

Most ambitiously, I started the Opus Arcana project, a multi-year project which will consist of 22 predetermined movements. With my upgraded skills and equipment, I was able to create better recordings of the new Opus Arcana pieces, and I began publishing them to SoundCloud, BandCamp, and YouTube. I began the Opus Arcana project dedicated to making sure each piece is created with attention to detail at the finest quality of which I am capable.

For this reason, it's appropriate to curate these works from 2013-2015 as being "first half" works. Even though they were created after my death, they fit better in that earlier period than in the latter. Music historians only need to understand that the second half of my music begins two years later than the second half of my life, so let this suffice as my explanation.

For this collection, I chose eight solo piano pieces from the first half that I consider to be good enough quality to share with the public. Unlike many I created in the first half (omitted from this collection), every one of these pieces is playable (or has been edited to make it so), and the sheet music is available. For each of them I have recorded a new performance on a fine piano, with better audio engineering and mastering. I'm paying attention to every detail of the production, packaging, liner notes, design, and release. This will be the definitive - and probably last - version of every one of these works, finally putting a double bar on The First Half.

I hope you enjoy listening to it as much as I enjoyed living through it.
Onward and forward,
Ian Ring

Sheet music is available at ianring.com

Bandcamp Daily  your guide to the world of Bandcamp